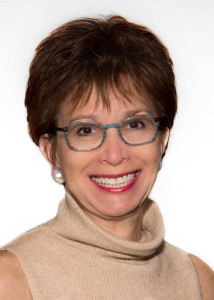 Pepe Prince Finn is the Chairperson of the Board and Chief Executive Officer of Stern Brothers, a Woman Owned Business Enterprise (WBE) Investment Banking Firm. Stern Brothers is WBE certified nationally by over twenty states and public agencies. In addition, Stern Brothers has been named one of the top 25 women owned businesses in the St. Louis Business Journal.

Ms. Finn is a seasoned executive with a broad range of experience and civic commitment. A former securities broker for Merrill Lynch and municipal investment banker for Boatman’s Bank (now Bank of America), she has been a member of the Missouri Bar since 1987. While at Boatman’s, Ms. Finn worked with a range of municipal borrowers from small rural school districts to State Governments and their agencies.

Ms. Finn is actively engaged in the St. Louis community. She served as both a trustee and Chairperson of the Board of the Metropolitan St. Louis Sewer District where she was actively involved in their successful campaign to amend their decades old charter. Ms. Finn participates on a number of Boards including the Nine Network of Public Media (Channel 9, PBS), Temple Israel and the National Council of Jewish Women – St. Louis section. She serves on the national board of the Institute for Southern Jewish Life.

In 2011, Ms. Finn was recognized by the St. Louis Business Journal as one of the 25 most influential women. Ms. Finn received her BA in political Philosophy from Louisiana State University (LSU) in 1980 and her JD from St. Louis University School of Law in 1987.